Make Motherhood
Work For You…

What if you could transform into the most peaceful, confident, and financially successful version of yourself with a practice that requires only 15 minutes a day? 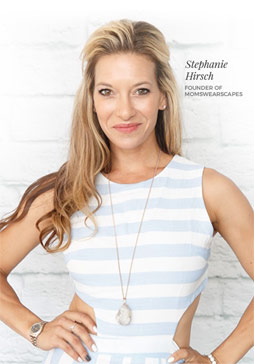 I did it… but I didn’t start out this way…

In fact, I almost got arrested TWICE before my son turned 6 months old…

You always hear women say, “oh I had these big dreams… But then I got pregnant.” Well, that was me, too. And I never thought it would be…

When I became a mom I felt as isolated and exhausted as I’ve ever been. What’s more, it felt like all my dreams had flown out the window, never to return.

I wasn’t just tired… I’d become codependent, depressed, moody and irritable. The reason the cops were called on me (twice) is because I lost my temper and nearly had a meltdown – at my doctor’s office, no less!

More than anything in the world as a new mom I wanted a community. I wanted to sink my teeth into a mission and an identity beyond nap times and diaper changes.

But I didn’t want to join some network marketing scheme selling beauty products or essential oils and giving 90% of my commissions to some corporate fat cat.

The worst part of my new Motherhood journey was that when I finally did make “mom friends”, they were all trying to sell me some miracle product with sleazy advertisements and videos.

And the worst part? I knew they weren’t making good money to promote their snake oils… almost NONE of them do! [1]. It was devastating.

When my son was about two years old my divorce drove me across the country to start a new life as a single mom. I found myself in Austin, Texas; land of the female entrepreneur and startup capital of the country [2].

To put it lightly, I was floored with what MOMS were doing to make six-figure incomes working on flexible schedules from home… even with toddlers.

In Austin, I met some of the most personally fulfilled, professionally lucrative, and self-expressed Moms I’d ever met.

Finally, it appeared as though there was a place where moms were uniting to become more successful, together.

I was floored with what MOMS were doing to make six-figure incomes working on flexible schedules from home… even with toddlers!

There are many more stories just like this in the Moms Wear Capes program but what you’ll notice is that each one of these stories is VERY unique.So how could I get in on THAT?

These women were truly living the dream that every mom has: to be an amazing mom while still contributing to something bigger than themselves…

Using my contacts from many years in publishing, I began collecting these “superwomen” and filming them on camera sharing their secrets to success. THIRTY women showed up to share their secrets with me.

What we developed is called Moms Wear Capes.

It’s a private vault of training that will help mothers shape the future of their families, and the world at-large.

Moms Wear Capes is the most authoritative Mommy Development Program program around.

What These Women Shared Didn’t
Just Transform My Heart: It Saved My Life 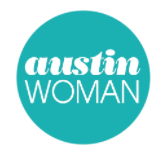 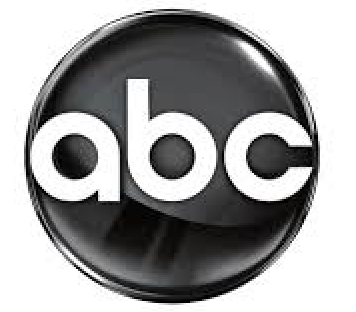 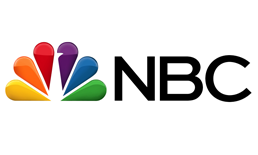 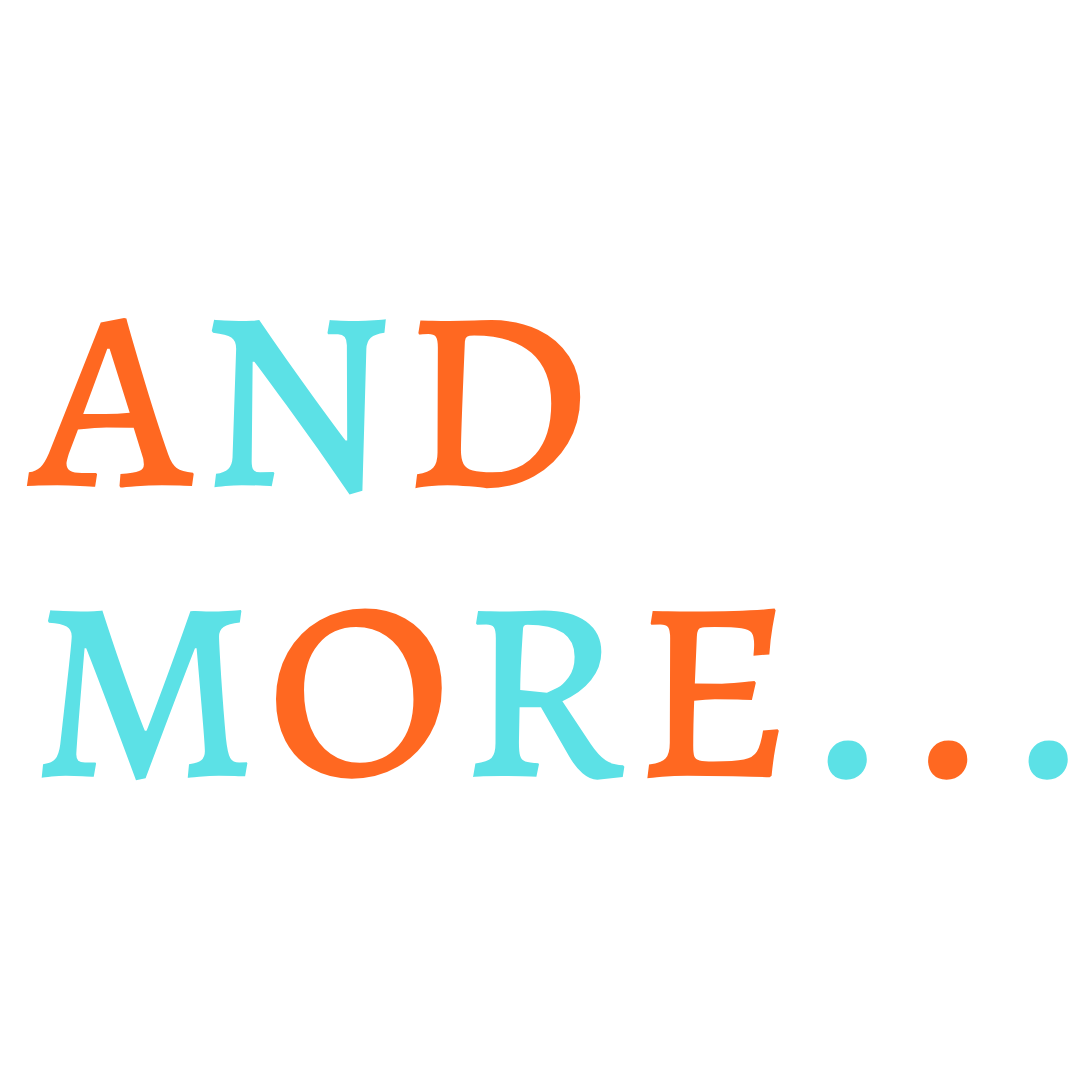 Our Experts Have Been Featured In:

Here’s what other Superwomen are saying…

I have actually been thinking of starting my own company this year; these videos were like the Universe encouraging me to do this. It was honestly some of the best content I have ever seen.” 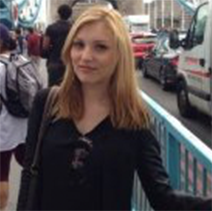 Wow, I am so happy that Moms Wear Capes exists! It’s all the inspiration and information I was looking for, being a mom to two littles and just a women in general! Wonderful and helpful info that I can use on the daily.” 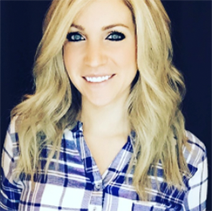 Wow wow WOW! I’m hooked. I feel like so many of us moms get caught up in the day-to-day stuff and often forget to stop and genuinely think about what we are so thankful for. The Moms Wear Capes program will help me to be more present with my kids.” 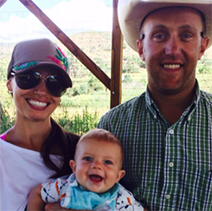 Stephanie is smart, eloquent, gorgeous, fashionable and the women she is bringing on have so much to give. Love it all. Am so completely impressed. MomsWearCapes is tapping into something so large where there is such a need. You go girl! 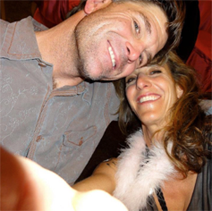 I have actually been thinking of starting my own company this year; these videos were like the Universe encouraging me to do this. It was honestly some of the best content I have ever seen.”

I consider myself very lucky to be where I am and be able to be apart of Moms Wear Capes. The Moms Wear Capes makes it very easy to approach and succeed in new projects and ideas. I’ve been a mom entrepreneur since 2009, and have no doubt this will help me grow and learn in areas and ways I never expected. <3 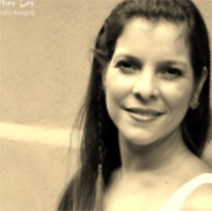 Moms Wear Capes came into my life when I was needing it the most. Starting out and trying to find where you can apply your passion is stressful and intimidating, but here is Stephanie and Moms Wear Capes and it’s the support you have only ever dreamed of. Stephanie is one of the most sincere and full of life women I have ever met. She’s passionate and you can’t help but get fired up about your own goals when you hear her speak. 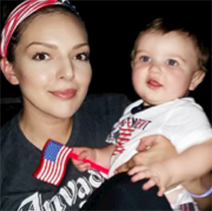 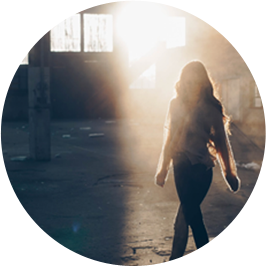 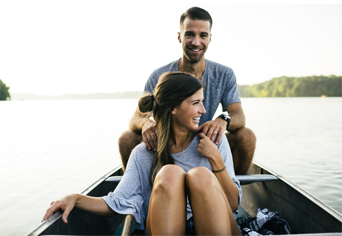 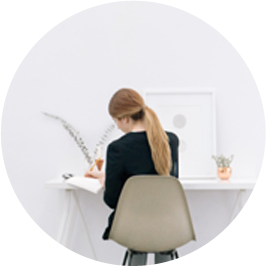 FROM FINDING YOUR BIG IDEA TO
IMPLEMENTATION & FUNDING 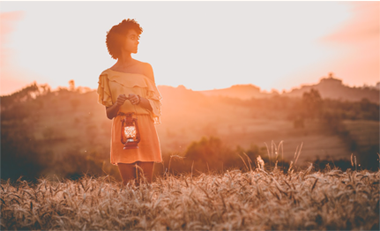 THE SECRET WEAPON TO MANIFESTING
YOUR DREAM LIFE 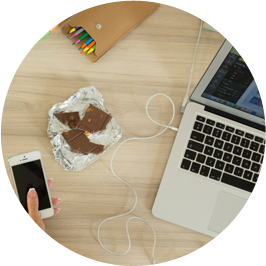 ERECT YOUR EMPIRE BY BENDING TIME
(WHAT MOMS DO BEST) 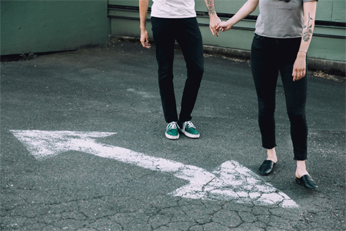 MAKE EVERYTHING IN LIFE HAPPEN FOR YOU, NOT TO YOU… 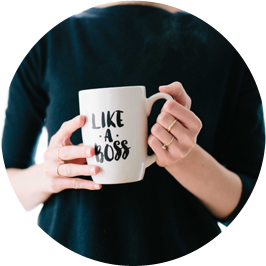 A GUIDE TO SERENITY DURING HARD
TIMES 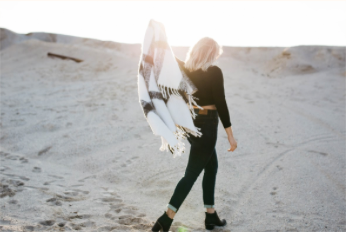 TRICKS THAT TAKE ALMOST NO
TIME OR MONEY 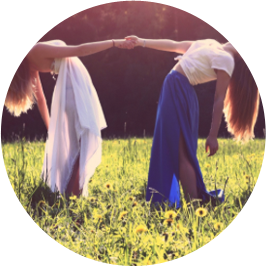 YOU CAN TO LIVE LIFE TO THE FULLEST,
ESPECIALLY WITH A BABY IN TOW

So what finally happened to
“Crazy Jailbait Mom”?
(Me, that is…) 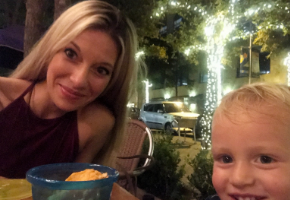 Well, I can tell you that my life is
pretty ridiculously great.

I’ll tell you a little secret…

Pardon my French but: f*%k SuperMom.

There’s something so much bigger in life than a clean house and a Pinterest-worthy flourless chocolate cake recipe.

Your son or daughter deserves a SuperWOMAN.

Use my training in just 15 minutes a day with installments we’ve carefully and lovingly crafted just for YOU in our secret vault with over 50 incredible expert videos! 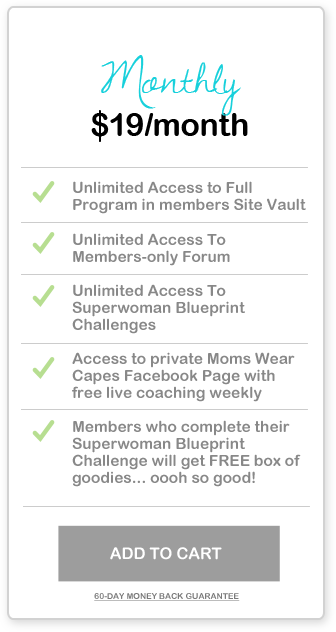 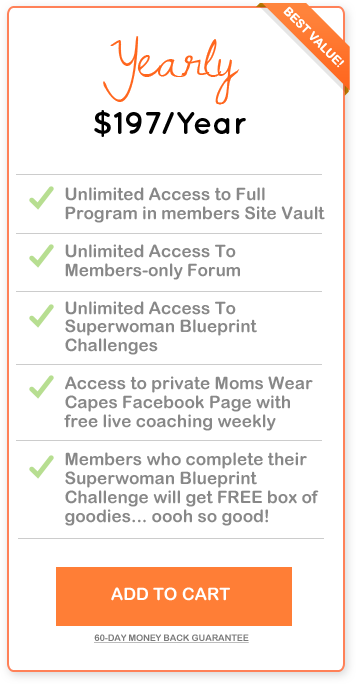 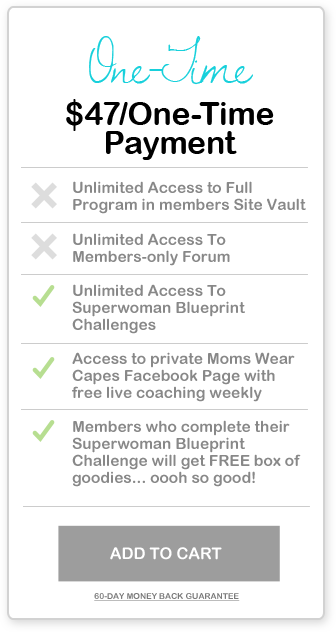 What kind of results can I expect in the first month of the program?

Everybody will have different takeaways depending on their life situations and businesses, and no two experiences will be the same.  However, here’s what I *personally* experienced right away in the first few weeks…

Can I stream this on my iphone, android, tablet devices?

Yes, the Moms Wear Capes members area is compatible on all smartphone and tablet devices..

How does the program work?

We have designed the program so that all Moms Wear Capes materials are divided into short, easy-to-consume lessons between around 15 minutes per day.  Over the course of 10 weeks, participants may view their training at leisure via MP3, eBook transcription, or video format.  All training is compatible with iPhone, iPad, Android, Mac, PC, and eReader devices.

How Many Times Will I Be Charged?

If you purchase the annual membership, you will only be charged once for this program and you may keep the Moms Wear Capes vault forever.  Monthly memberships will be charged $19 for one year, after which time all content will be forever yours to view at your convenience.  Return to it in a year or a decade, it’s yours to keep.

No strings attached 30-day refund policy.  Simply email us and we’ll take care of your refund right away or help you make use of the training so that you’re 100% happy.

You may download your training to your phone or tablet using our iOS and Android apps.  Once you complete your download, no internet connection is needed!  Learn how to download for offline access here.

If I Have Questions, Where Can I Get Help?

We can’t wait to hang out with you!  Direct any questions to info@momswearcapes.com and we’ll get back to you shortly.

I already own my own business, is this course for me?

Absolutely.  If you own your own business, you will find the mindset tweaks to help you manifest new levels of success in your business.  What’s more, the majority of Moms Wear Capes training has to do with rewiring your brain and creating new blueprints to success.  With MomsWearCapes, you’ll hone in productivity tools, hiring skills, and communication mastery for your current business.

I can’t afford the program.

We originally sold this course for $997 annually and found that it wasn’t accessible to the average mom.  To be frank, this is high-level, sophisticated training at Walmart prices.  You’d be crazy not to make the investment in your mind and spirit.  That’s just our opinion, though.

I don’t have time to watch the videos.

Most days, neither do we.  That’s why we’ve made the video training also available on MP3 and Kindle/eBook format via transcripts.  Turn on the audio while you’re washing dishes or while your husband is rubbing your feet.  You’ll be getting a LOT more foot rubs when you learn about the relationship-strengthening tools in this program.  You may even find that with the Moms Wear Capes “time-bending” tools, you’ll find a lot more hours in your day to do things that nourish mama.

I already have a therapist/life coach/ business coach in my life.

Awesome!  Keep him or her.  I had a life coach for years but NEVER had the breakthroughs I’ve achieved with the Moms Wear Capes program.  Why have only one coach when now you have THIRTY coaches in almost every conceivable problem area for moms who want to find their dream job?  These 30 genius experts will help you look at your life and business from dozens of angles so that you can be more successful more quickly.

Look, every mom deserves to wake up feeling refreshed, effortlessly hop into your smallest pair of jeans or bikini, all while your business is steadily depositing passive income into your bank account. If you want all this in 90 days or less, we can’t help you. But if you are ready to unleash the power of your mind to create a new reality for your life, body, and motherhood journey, we believe we are the right fit for you. Only hard work, perseverance, and work that truly serves others with integrity will bring you the life of your dreams. Moms Wear Capes is here to inspire you to create that dream life for yourself. We cannot guarantee any results in your love life, body, or business. Nothing on this page or any of our websites is a promise or guarantee of results or future earnings, and we do not offer any legal, medical, tax or other professional advice. Any financial numbers referenced here, or on any of our sites, are simply estimates or projections, and should not be considered exact, actual or as a promise of potential earnings—all numbers are illustrative only.