Five minutes later, he sent a photo of smoke billowing from the hill above my home.

Not wanting to put my son at risk… nor create any impression of being an irresponsible mother to my coparent, I grabbed a few things laying around my bedroom and evacuated my home.

Over the next few days, the fire grew with 0% containment achieved; over 5,000 acres have burned as of the time of this article being penned.

We have no idea when we’ll be back in our home… and currently we’re trying to navigate how we’re going to fit 3 kids in the yoga studio basement my boyfriend and I are staying in.

I know, this all sounds pretty dire.

But my Superpower is optimism, and I am feeling pretty damn good about the situation.

Here are a few things I’ve learned that are relevant to my own Superwoman journey, and yours.

My superpower is optimism.  I’m not focused on the fact that my house is steps from a wildfire.

I’m not concerned about losing all my clothes, furniture, and other items that will never recover from smoke damage.

I don’t feel put up by the lack of a sink, laundry machine, or kitchen.  (Although I wish I had a coffee pot!)

I’m not inclined to whine about the fact that I evacuated so quickly that I didn’t grab a bra, underwear, deodorant, contact solution, or my passport.

You see, we can get ourselves worked up into some real shitstorms if we focus on what we don’t have a supposed to what we do.

My boyfriend grabbed our comforter and I am elated to have my nice soft fuzzy comforter on our “bed”, a couch in the basement of his yoga studio.

Our home doesn’t have air conditioning (summer in the mountains doesn’t usually last more than three weeks where you’d need it) and I’m LOVING the nice cool studio where we’ve crashed.

It’s so nice and cool… I’m sleeping like a baby!

What’s more, my energy levels are through the roof when I have a good night’s sleep and my work productivity, despite the fact that my son’s daycare is closed and we’re living in a 12’X12′ basement massage room in the bottom of my boyfriend’s yoga studio.

Maybe your Superpower is preparedness.  Perhaps it’s resourcefulness. In situations like this, I can’t be put up by the negative when there is SO MUCH to rejoice for.

How would you flow in your Superpower during a fire evacuation? 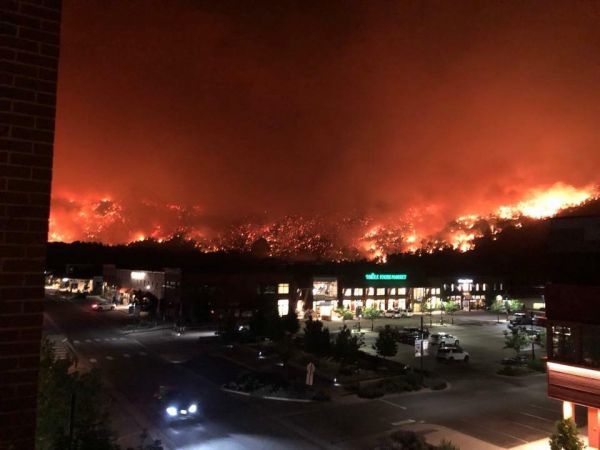 I heard a friend grumble today, saying, “I really like to be settled.”

Over the past three years I’ve moved at least ten times.  I’ve lived in four different states. Since October of 2016, I moved FIVE TIMES with a toddler (in just 18 months) and if there’s one thing I can do, it’s adapt.

I’ve noticed that I don’t need to be settled.

I’ve noticed that, in fact, I really don’t mind living out of a suitcase or backpack…

I really don’t need my albeit Kardashian-sized wardrobe or piles shoes that could fill Lake Michigan.

Something tells me that I haven’t always been this flexible.

Something tells me that this is a tertiary Superpower that I’ve cultivated.

There was a time when I had such body dysmorphic disorder that I couldn’t imagine living for four days out of the laundry basket I grabbed when I evacuated without a blow dryer, hair products, specifically-shaped clothes depending on how fat or skinny I felt on any given day.

There was a time when I was too vain to conceive of camping for days on end without a shower.

There was a time when I was such a control freak that the very thought of evacuating my home with nothing but the clothes on my back and living in a yoga studio would have given me hives.

But as life has thrown some razor-blade laden lemons, I’ve learned to cut through the danger and make some damn good lemonade.

3.  I See Who Really Cares About Me… And How I Want To Treat Another Person In A Stressful Situation…

I’m not trying to “call out” any of my friends who are crazy busy this week and haven’t called, but I’m STUNNED at the number of good friends who’ve been falling over themselves to call, text, Facebook message, and send prayers.

The private messages from people who I didn’t even consider to be “good friends”, who’ve come out of the woodwork despite only having met me a few times…

There are people who have literally asked if they can drive over several states to meet any needs I have.Most surprisingly, some of my friends and acquaintances who have the LEAST financial resources have offered the MOST support.

Shit, you really see people’s true heart’s in this.

I am convinced that sending a text message or Facebook message is NOT too little.

Your thoughts and prayers DO matter to somebody in need.

If you can’t offer money, sometimes your love and support means even more than funds.  Or a borrowed blow dryer. 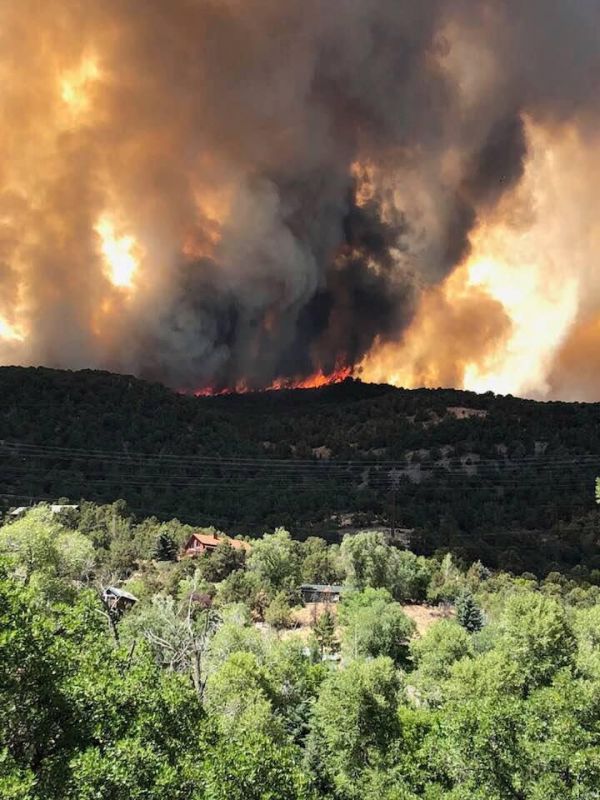 4.  I’ve Seen How Strongly I Believe In God…

I’ve learned about why hard times bring us closer to God.

Hard times bring us closer to God because we learn about our faith. I’ve learned exactly how strong my faith is and how in the hell it is.

I’ve learned that no matter what’s going on, I believe in rain.

I believe and I had to protection around my house. I believe that God can literally stop the fire from touching my front porch if every house around me is burning down.

And I believe that if it does her down, he will work everything out for his glory.

I believe that if our valley goes up in flames, we will become the most energy efficient valley in the world.

Maybe we will start in initiative against fire arm abuse.

Maybe we will start a tiny home movement. Maybe we will become the most energy-efficient valley on the planet.

Maybe will start a movement against the only place of firearms and tracer rounds.

No matter what happens, God will make things because everything he delivers is good. 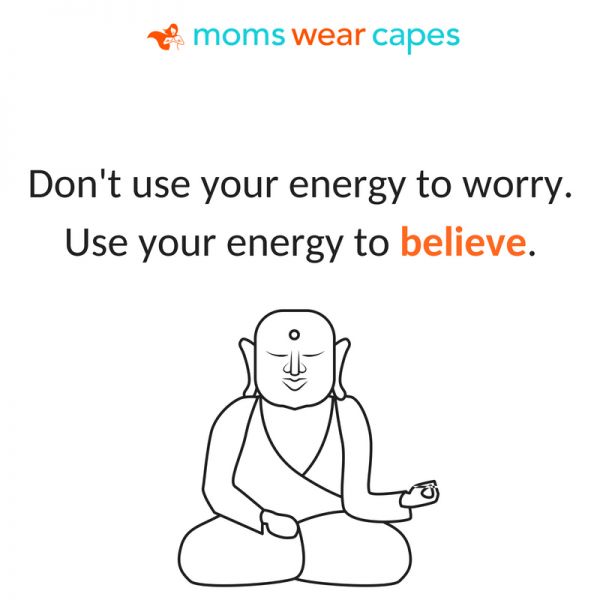 I’ve learned that there is nothing productive about worrying about something you can’t change.

The fires are still hovering over my house and we may have lost most items in the house to smoke damage.

But even if it burns to the ground I am grateful for the fact that I am healthy, my son and boyfriend are healthy, and were legitimately fucking happy.

And most importantly, I can replace everything…

6.  I Am So Happy To Run A Lifestyle Business From Home

Because I run a home-based business, I don’t have to worry about going to an office when I don’t have a blow dryer or deodorant.

In fact, because of how much money I make from my passive income stream, I don’t worry about having to buy a new blow dryer, more deodorant, or even a new household full of furniture.

I love running my own at home business.

I wake up in the morning, do a little work out, if I don’t have something I have the money to go buy him more money will come in next month, and the month after that.

Tomorrow I’ll do the same thing, whether I’m living in a yoga studio or my 3,000 square foot home on the side of a stunning hill overlooking every single one of the most beautiful mountains in Aspen, Colorado.

I live in paradise and nothing can change that fact.  I’m free to live in Aspen or find a new home in a new state (provided my coparent and I agree on said locale).

If my son’s daycare closes for a week or a month, I can spend every day at the amusement park with him (which we did yesterday) because I’ve established a business that makes money while I sleep.

Don’t get me wrong, I worked 13 years to build such a business.

But thankfully, I’ve harnessed all the secrets to running a home-based business that drives passive income to your bank account and they’re all documented right here.

About the Author: Stephanie

Stephanie Hirsch has run multiple businesses online varying from weight loss and fitness to finance and personal development. Her passion is to take her years of running companies online to help mothers free themselves from the demands of traditional jobs to prosper in flexible, at-home jobs that they love to do.